The Tides of Life 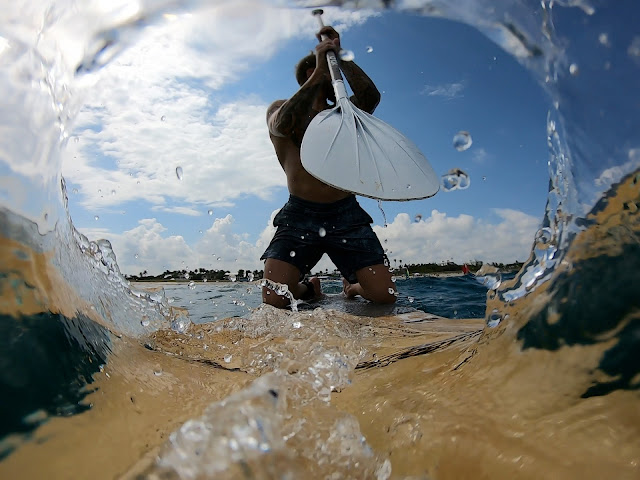 The tides of Life flow endlessly for better or worse - to rise and fall - to live to die. The current hurls the tide. It is the currents function to move, to throw, to float, to create and the tide to lift the sea. Mother Nature has her function and it is always fulfilled. The Sea, void of tide and current is an abyss of stillness and would be a horizon of glass. It sometimes looks that way! That’s when we dive in and lift the weight of gravity off our shoulders! Hopefully swim with some sea turtles. How cool that we oppose a universal law - Gravity - in the ocean!? Gravity doesn’t go anywhere. It still has its hold on the Universe. It just simply doesn’t control us to the degree it does on land! Suhhh hahhh dude. Okay, back on script. Ocean void of tide; remember? K cool. The tide and current lift the sea and the result is a gnarly wave bruh! Now, the best description of Ego I’ve ever heard is this: The Ego is like a wave of the ocean thinking it is separate from its source. Imagine being lifted up above sea level hurling above your Source, experiencing yourself in a new light, in a new movement, a renewed sense of awe and wonder and saying “yeah this is ALL ME”! How silly! It was our Source that gave us wings - not to be confused with Red Bull. Unbeknown to us we separate ourselves from the greatest gift we’ll ever know; the current of Bliss, the tide of Self. How silly and devious the Egoic Mind is! 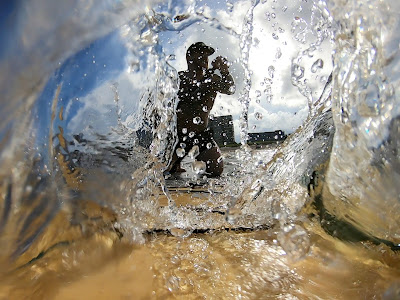 The solution? Enter The Paddle Board! AKA “Spiritual Practice” i.e. Meditation, prayer, self-examination, Yoga etc The Board itself is the PRACTICE. The Paddle is the AWARENESS. Awareness is a byproduct of the practice. Thus, we get to float the surface, paddle the tide, feel the mysterious drift of the current and surf the Ego! AWARENESS GIVES US PERMISSION TO HAVE FUN WITH THE SILLY EGOIC MIND! So, don’t struggle. Awareness comes in the absence of struggle. Dedicate yourself to spiritual practice. Paddle with awareness and gain some damn perspective on yourself bruhhhhh!

March 11, 2019
The most frightening moment is when you see – with sober eyes - how your addiction struck terror into the hearts of your loved ones. Mother smiles. Her warm joy dances on her face like sunlight. Father’s nod of approval jolts glee into his walk. Behind Mother’s smile and beneath Father’s strut is terror. Unadulterated fear. Attending to a sober life, repairing the damages done, paying the money back; making our own way on our own feet is good, indeed. However, the stark reality: the harm we’ve wrought upon others – spiritually, emotionally, and physically – we are scarcely aware.  Years ago, an old sponsor said to me:  “I’ll probably never be aware of the full measure of my wrongs done others. If I knew, I may not be able to bare it.” How appallingly true. Most loved ones  remained petrified for years after the addict recovers. This diseases affects loved ones at a cellular level. The disease takes its toll in active addiction, during convalescence and well after recovery
Post a Comment
Read more

How to step back and gain perspective

November 06, 2019
1. YOU HAVE TO STEP BACK I must remember that I cannot see my ears. If I can digest this fact then I can agree I don’t always see things as they are. Let “Collision” be your guide. If you face collision with other people, circumstances, feelings, relationship etc (which all points to internal conflict) then I must first step back and quiet the conflict. I will never find solution with a disturbed mind. 2. HAVE SOMEONE WHO CAN SEE YOUR EARS Seeking council with others is a practice as old as time can reach. If you’re doing life by yourself I feel bad for you. An open book policy with one other man/woman in your life will yield countless benefits. I must be able to lay myself out; insecurities and all before another human in order to gain proper perspective. Absolute vulnerability is a treasure chest that continues to give. It never hold back. 3. LOOK IN THE MIRROR Have to courage to know you are literally the creator of your life. You are 100% responsible for your collision. You are als
Post a Comment
Read more
April 15, 2019
BUILDER OF THOUGHTS - THE MESSAGE I first stumbled upon the term “Mental Equivalent” while reading Emmet Fox . Sounds trippy right? However, it’s simple. Mental equivalent merely means “reflection”. You can’t have one type of mind and a different type of an environment. Insert Proverbs 27:19 “As water reflects the face so ones life reflects the heart”. I always think of Lion King when Simba leans over a puddle to embrace his reflection in the water. You simply can’t not see your reflection if you lean over a body of water (given the sun is in the right place and all that jazz, you get the picture). We could say this is a Universal Law. Enter the afflicted addict/alcoholic; no wonder the circumstances of our lives characterize absolute destruction! Our minds are a living war. Utter insanity is our lot. But for the Grace of God we are set free. The obsession lifts. Sobriety begins to string itself together. No longer able to turn to the poison of drugs and alcohol our problems
Post a Comment
Read more