Keep the wolves at bay 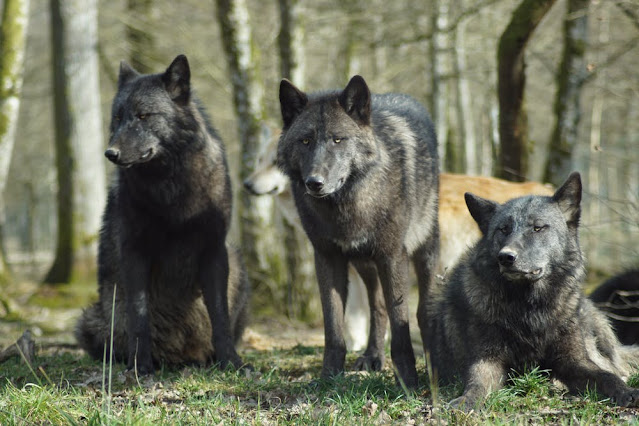 There comes a time when we must stand and fight. Once more into the Fray. The last fight I will ever know. There is a pivotal point in a man’s life where he must look into the face of his predator and walk straight towards him with the same rapacious nature. Sometimes he must embody that which seeks to destroy him. If you haven’t seen ‘The Grey’ with Liam Neeson; you need to. * Spoilers Alert*
Below is the last scene of the movie. The plot... Liam and a group of others are stranded in the wilderness whilst getting tracked by wolves. The wolves eventually flank Liam into their Den. Realizing this, Liam begins to embody the predator. He nods to the evil he is facing. There is no one coming to save him. No where else to flee. He accepts his fate. He gets pissed! Liam then tapes broken airplane bottles into his fist and a blade taped into his other. He looks deep into the eyes of the Alpha. The shot then cuts to a close up of Neeson’s eyes. The last couple seconds of the movie you watch the spirit of his eyes shift. You can see war in his eyes.

Wolves are endurance or coursing predators. They chase their prey, often over longer distances, sometimes even a few miles, in order to find the right animal or opportunity. Wolves exploit your weaknesses! They are grim opportunists. Wolves work on intelligence and collaboration. They are stalkers. They watch you from a distance looking for cues by way of senses to find the weakest point of attack. They will flank you and put you where you will be your weakest to defend against attack.
The FEAR within you operates in the same manner. The kicker? You’re the predator and the prey.
Welcome to the battle of dark and light. The Jedi and Darth Vader. David and Goliath. Kane and Abel. God and Lucifer. Moses and Pharaoh. Batman and Joker. Guardians of the Galaxy and Thanos. Are you seeing a theme here yet? Are you paying attention? Why do you think we humans LOVE these timeless battles?! The ultimate fight of Good against Evil? (Read “Hero with a Thousand Faces”) See, our Spirit jumps when we hear of such stories or watch these movies! WHY? Because it’s all WITHIN US!
“ALL THE GODS, ALL THE HEAVENS, ALL THE HELLS ARE WITHIN YOU”
YOU ARE THE BATTLE, THE BATTLEFIELD AND THE SOLDIER. SUIT UP.

March 11, 2019
The most frightening moment is when you see – with sober eyes - how your addiction struck terror into the hearts of your loved ones. Mother smiles. Her warm joy dances on her face like sunlight. Father’s nod of approval jolts glee into his walk. Behind Mother’s smile and beneath Father’s strut is terror. Unadulterated fear. Attending to a sober life, repairing the damages done, paying the money back; making our own way on our own feet is good, indeed. However, the stark reality: the harm we’ve wrought upon others – spiritually, emotionally, and physically – we are scarcely aware.  Years ago, an old sponsor said to me:  “I’ll probably never be aware of the full measure of my wrongs done others. If I knew, I may not be able to bare it.” How appallingly true. Most loved ones  remained petrified for years after the addict recovers. This diseases affects loved ones at a cellular level. The disease takes its toll in active addiction, during convalescence and well after recovery
Post a Comment
Read more
April 15, 2019
BUILDER OF THOUGHTS - THE MESSAGE I first stumbled upon the term “Mental Equivalent” while reading Emmet Fox . Sounds trippy right? However, it’s simple. Mental equivalent merely means “reflection”. You can’t have one type of mind and a different type of an environment. Insert Proverbs 27:19 “As water reflects the face so ones life reflects the heart”. I always think of Lion King when Simba leans over a puddle to embrace his reflection in the water. You simply can’t not see your reflection if you lean over a body of water (given the sun is in the right place and all that jazz, you get the picture). We could say this is a Universal Law. Enter the afflicted addict/alcoholic; no wonder the circumstances of our lives characterize absolute destruction! Our minds are a living war. Utter insanity is our lot. But for the Grace of God we are set free. The obsession lifts. Sobriety begins to string itself together. No longer able to turn to the poison of drugs and alcohol our problems
Post a Comment
Read more

How to step back and gain perspective

November 06, 2019
1. YOU HAVE TO STEP BACK I must remember that I cannot see my ears. If I can digest this fact then I can agree I don’t always see things as they are. Let “Collision” be your guide. If you face collision with other people, circumstances, feelings, relationship etc (which all points to internal conflict) then I must first step back and quiet the conflict. I will never find solution with a disturbed mind. 2. HAVE SOMEONE WHO CAN SEE YOUR EARS Seeking council with others is a practice as old as time can reach. If you’re doing life by yourself I feel bad for you. An open book policy with one other man/woman in your life will yield countless benefits. I must be able to lay myself out; insecurities and all before another human in order to gain proper perspective. Absolute vulnerability is a treasure chest that continues to give. It never hold back. 3. LOOK IN THE MIRROR Have to courage to know you are literally the creator of your life. You are 100% responsible for your collision. You are als
Post a Comment
Read more