A Pilgrimage Back to Peace 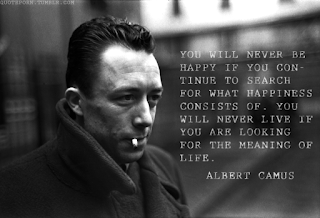 Tipasa is a ruined Roman city. It sits forty miles west of Algiers, atop cliffs overlooking the Mediterranean Sea. It is a place, sacred to the author, who wandered there as a young man through its ancient overgrown architecture. “Return to Tipasa”, the essay by Albert Camus, follows the author’s thoughts and feelings as he revisits the city after the Second World War. He is not the same man that had experienced its beauty before. His once uncorrupted perspective has been robbed of him, he is jaded. He longs to see and feel as he used to be able. He returns to this magical place, Tipasa, that is a monument for him to the purity and strength within that he longs to regain. The city itself stands as metaphor for what once was beautiful, for what has fallen, and for what has since been made beautiful again, with the help of nature’s encroachment and viewed through the lens of the innocence of youth.

After lifetimes of pain and separation, through the internal wars of demoralization and shame, what could remain within me that might provide permission to concede to the possibility that I could find a way out of this anguish? Some barely perceptible memory? Some flash of nostalgia for the spirit that once burned in me so very long ago? This is the motivation, this is the yearning in me that I was finally able to follow. It was my beacon back to the person I knew existed within and served as comparison, through all those years of addiction, to tell me just far I had drifted from my own innocence, from my own truth. Separation from what we know to be true, this is the origin of pain. 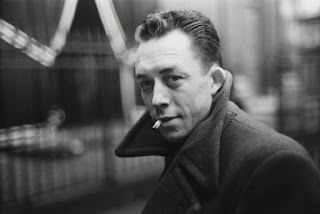 I began my journey of recovery not knowing where I was headed. I was walking blind toward a foggy destination. In his essay Camus visits Tipasa twice, looking for the feelings of peace he had found there in his youth. He finds the city unreachable upon his first visit, fenced in with barbed wire. He writes: “That distance, those years separating the warm ruins from the barbed wire were to be found in me, too...” Returning anywhere is never easy. Encumbered by the baggage accumulated on our way away, it’s twice as hard to drop those attachments to make our way back, especially when it’s to a place in our heart. Knowing full well she beats as undeniably as she ever did, still we feel out of step. Camus puts it this way: “...I seemed to be walking behind someone whose steps I could still hear on stone slabs and mosaics but whom I should never again overtake.” As though there have always been two people walking, one walks in truth, the other in delusion, and although I can hear the pace of the steps I can’t quite match the rhythm. Like trying to catch my own shadow.

Lost and hopeless for so long in addiction, I felt I was staring blankly out at a starless sky from the depths of an open grave. 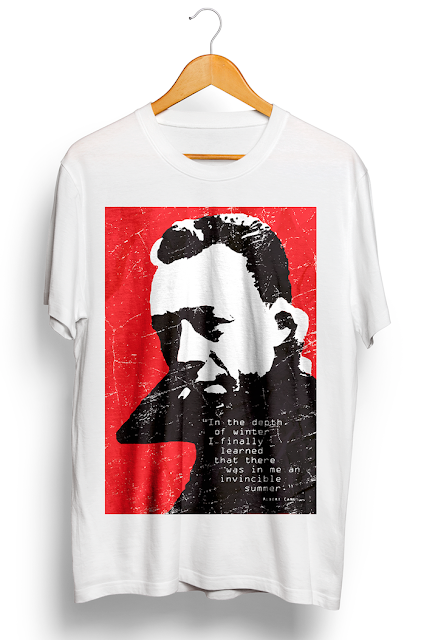 Ashamed by the path I took, disoriented by my condition and circumstance, I knew nothing
of my capacity to climb out, or the direction in which to begin. The realization that something had to change brought forth the revelation that there remained in me a light, untouched by the grave, that yearned still to shine.

“These are days of exile, of desiccated life, of dead souls. To come alive again, one needs a special grace, self-forgetfulness, or a homeland.”

In all our lives we experience those moments where we feel pulled in some unknown direction. Whether it be through the pleas of a mother, or by the arms of a lover, God’s made homing pigeons of our hearts. It’s this call to innocence that we must answer if we’re ever to feel whole again.
It was on Camus’ second “Return to Tipasa” that he was able to re-claim what he had come looking for. He was drawn undeniably back to the place where he had known peace and connection. After all the years of war. Years of atrocity and tyranny that had breached and corroded this man’s hope. That had wrapped barbed wire around that place where his innocence still resided. “Here I recaptured the former beauty, a young sky, and I measured my luck, realizing at last that in the worst years of our madness the memory of that sky had never left me.” A pilgrimage back to purity. If it were a physical place, like Tipasa was for Camus, we could plot our route on a map.

But, in the aftermath of war or addiction we find our compass gone, and so we feel our way through the dark. It was many years that I drifted through storms with out sails.

It was winter in Algiers, in the midst of a rainy season that “had finally wet the sea itself” when Camus made it back to his city of peace. It is through his journey that I was better able to see myself and to know too that:

“In the middle of winter I at last discovered that there was in me an invincible summer.”

In the Midst of Winter

August 20, 2019
In the midst of winter, I found there was, within me, an invincible summer. As if that wasn’t powerful enough, Albert Camus goes on to write “and that makes me happy.For it says that no matter how hard the world pushes against me, within me, there’s somethingstronger- something better, pushing right back.”I connected with the first part of the quote immediately. Having spent most of my life believing
that I was weak and powerless- choosing sobriety was the most empowering decision I’ve ever
made. Rising FROM THE GRAVE and transforming my life redefined me, but it also opened up a
whole world of new struggles.
When I finally decided I was ready to get sober, I had an expectation that the rest of my life was
going to be a piece of cake. Surrendering was such a freeing experience that it left me
short-sighted. I was under the false impression that all my struggles, negative coping
mechanisms, and behaviors would be instantaneously removed. Boy was I wrong.
I want to talk about the parts…
1 comment
Read more

March 11, 2019
The most frightening moment is when you see – with sober eyes - how your addiction struck terror into the hearts of your loved ones. Mother smiles. Her warm joy dances on her face like sunlight. Father’s nod of approval jolts glee into his walk. Behind Mother’s smile and beneath Father’s strut is terror. Unadulterated fear. Attending to a sober life, repairing the damages done, paying the money back; making our own way on our own feet is good, indeed. However, the stark reality: the harm we’ve wrought upon others – spiritually, emotionally, and physically – we are scarcely aware.  Years ago, an old sponsor said to me:  “I’ll probably never be aware of the full measure of my wrongs done others. If I knew, I may not be able to bare it.” How appallingly true. Most loved ones  remained petrified for years after the addict recovers. This diseases affects loved ones at a cellular level. The disease takes its toll in active addiction, during convalescence and well after recovery finds its ro…
Post a Comment
Read more